Sacred Records from a Baptist Minister

Another copy of these records can be seen on FamilySearch microfilm 1421959 "Blaylock family records and journals".

Blaylock family records and journals
Marjorie Fay Young Gough and her husband Ray Gough served a Family History mission for The Church of Jesus Christ of Latter-day Saints in Mississippi. At a meeting teaching about Family History, Fay told them her grandma was born in Lodi, Mississippi. The Stake President's wife, who was over the Family History Center, asked what her grandmother's maiden name was. "Keeth." "I may have something for you.” Fay & Ray went back to Hattiesburg. Six pages arrived in the mail which the lady said she had received from a Baptist Minister. Fay called them "Sacred Records from a Baptist Minister"
(The original pages from the Stake President's wife are still in Fay’s records.)
These pages were later found to be identical to the information found in the Blaylock records.

It was determined by James B. Keeth that the Baptist minister was Dr. Benjamin Carroll Land, son of John Franklin Land and Julia Angeline Mason (Blaylock) Land. (Descendant of Enos Carroll Land and Almira Keith.) He was born 11 February 1893 in Webster County, MS.  His life is written up in detail in the book History of Montgomery County, Mississippi, published by the Curtis Media Corp. in 1993, reprinted in 1996.  It even has his picture. 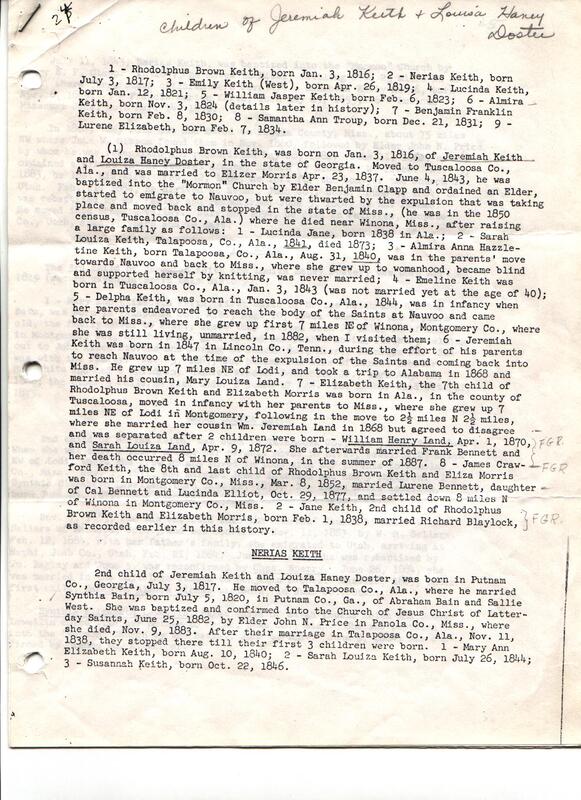 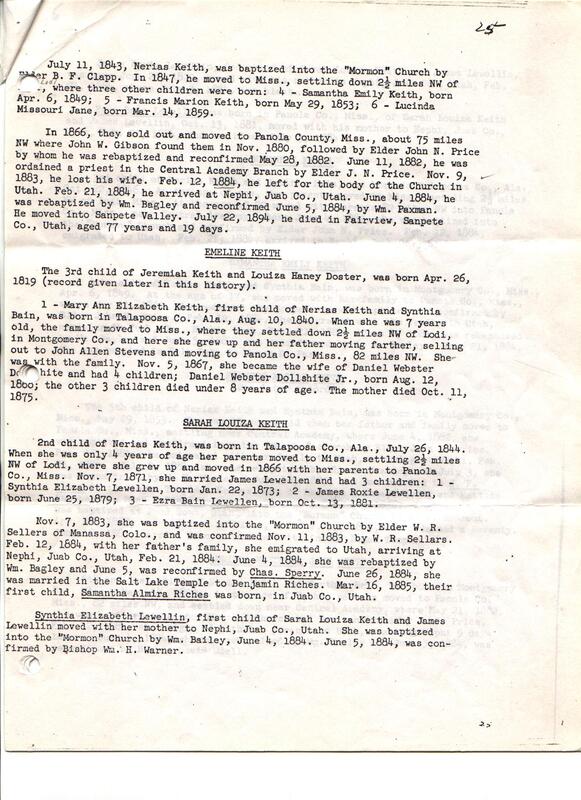 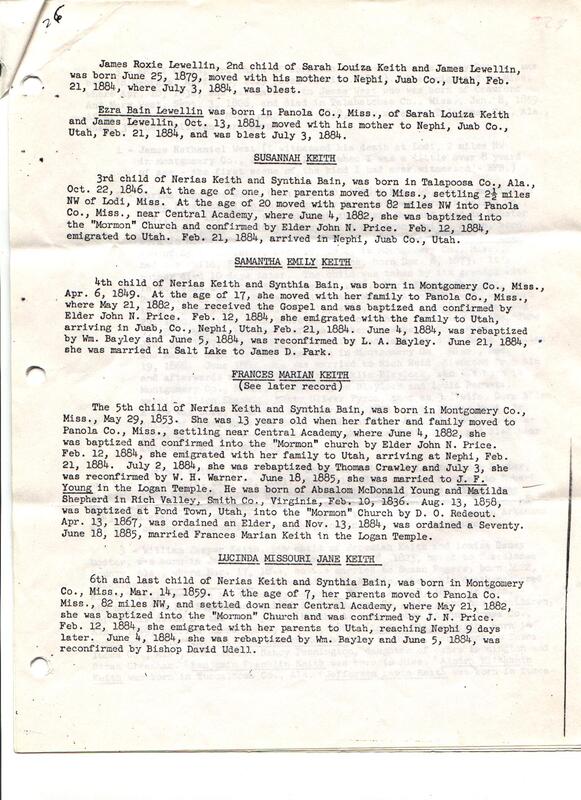 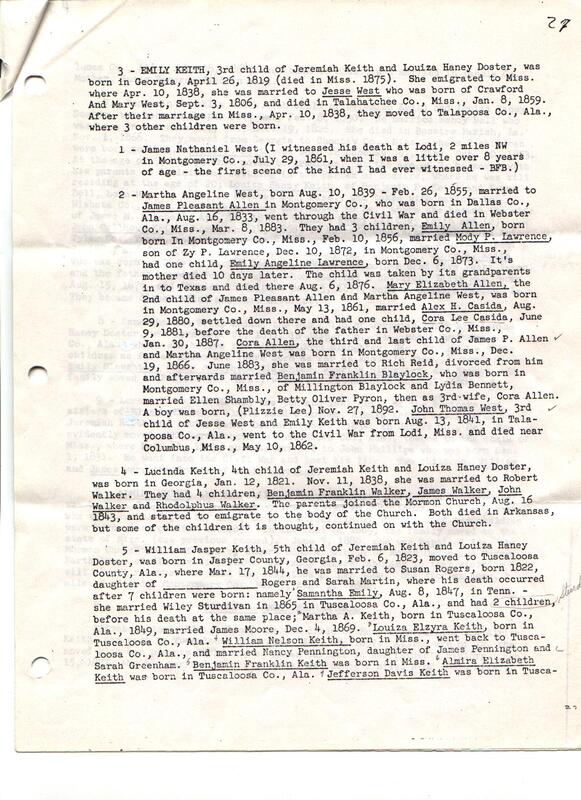 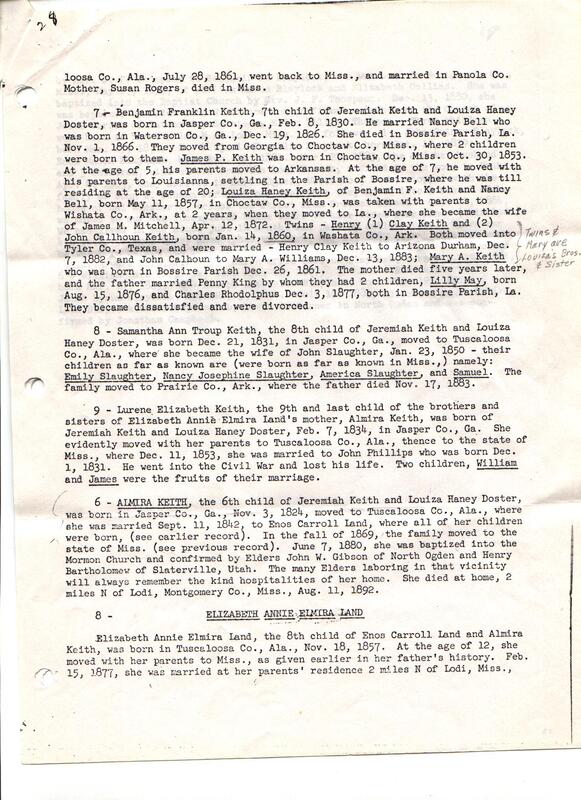 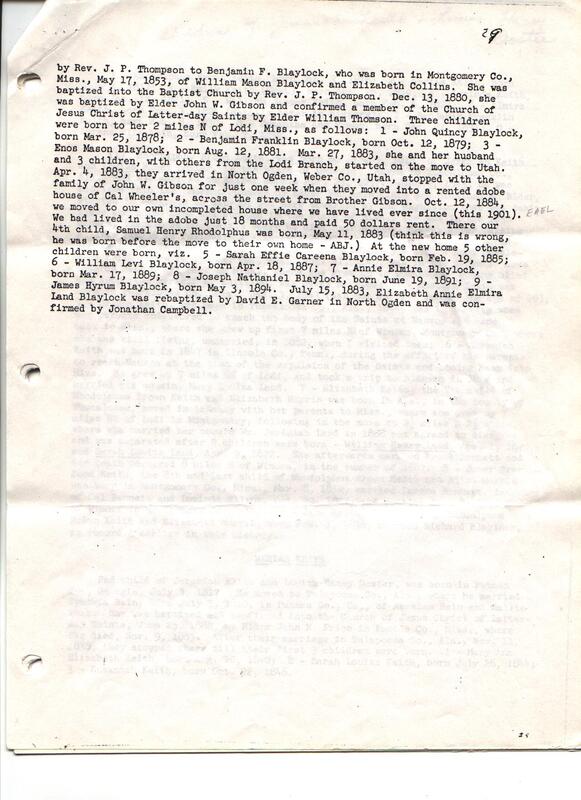 (Fay was told that the building where the records were kept was burned to the ground, everything destroyed.) ​
There were 2 children listed before a marriage. Fay went to a University of Mississippi research center. On a census – lady & husband took her two sister's children to raise. This verified the records for Fay!
Powered by